No one enjoys making mistakes. In fact, most of us actively go out of our way to avoid failure of any kind. When it comes to topics like unconscious bias and allyship, a large majority of people simply shy away from any kind of conversation because they’re so fearful of saying the wrong thing.

It’s for this very reason that more than 50% of people don’t action anything to do with Diversity, Equality, and Inclusion – because they’re worried about doing or saying the wrong thing.

In May 2022, our [email protected] group hosted our very first event – The HERd Conference. Inspired by the International Women’s Day theme for this year – #BreaktheBias, we organized two workshops and a panel discussion on the topics of unconscious bias and allyship.

Our main takeaway from the entire event was this:

It’s okay to make mistakes, as long as you’re open to learning and apologize when you do something wrong.

Being afraid of making mistakes is why so many people don’t confront unconscious bias or try to be an ally to under-represented groups. Since we hate to make mistakes, we hide from situations where they might occur.

If we could impart just one piece of wisdom from this conference (although there are many more!) it would be that creating an environment of empathy and openness where people feel comfortable enough to make mistakes, and then learn from them, is the key to creating a space where Diversity, Equality, and Inclusion values can thrive.

What else did we learn at the HERd Conference 2022?

We were lucky enough to have two amazing workshop hosts for this event. Starting with the topic of unconscious bias, we had Nadia Fischer from Witty Works, an AI-based software that helps businesses to detect unconscious bias in the language they use. (Find their free version here.) 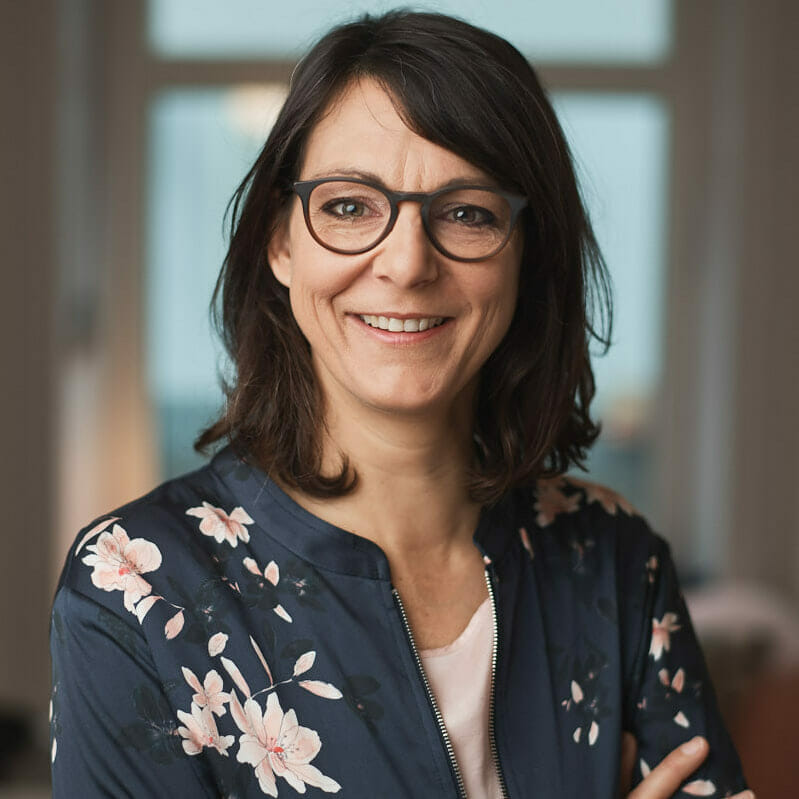 Nadia helped us to understand that cognitive biases are not only inevitable but an important aspect of survival. If you have a brain, then you are biased, and these biases come in handy with things like crossing the road.

However, many of our biases are unhelpful, and might not even match our rational thinking mind. This realization is frankly humbling. Being biased isn’t therefore a sign of somehow being a bad person, but just being human!

If being biased is inevitable and practically impossible to change, then what can we do about it?

The most important step toward tackling unconscious bias is education and awareness – i.e. learning about the different bias traps we can fall into, and taking steps to mitigate their impact.

There are so many different biases, but here are three to watch out for that can be particularly harmful in the tech environment:

Those three bias examples can be somewhat depressing, but they also go a long way to explaining why there is such a lack of diversity in many workplaces in the tech industry. Don’t give up just yet though, because there are steps that can be taken on both a company and an employee level to help!

How can you Mitigate the Impacts of Unconscious Bias in the Workplace? 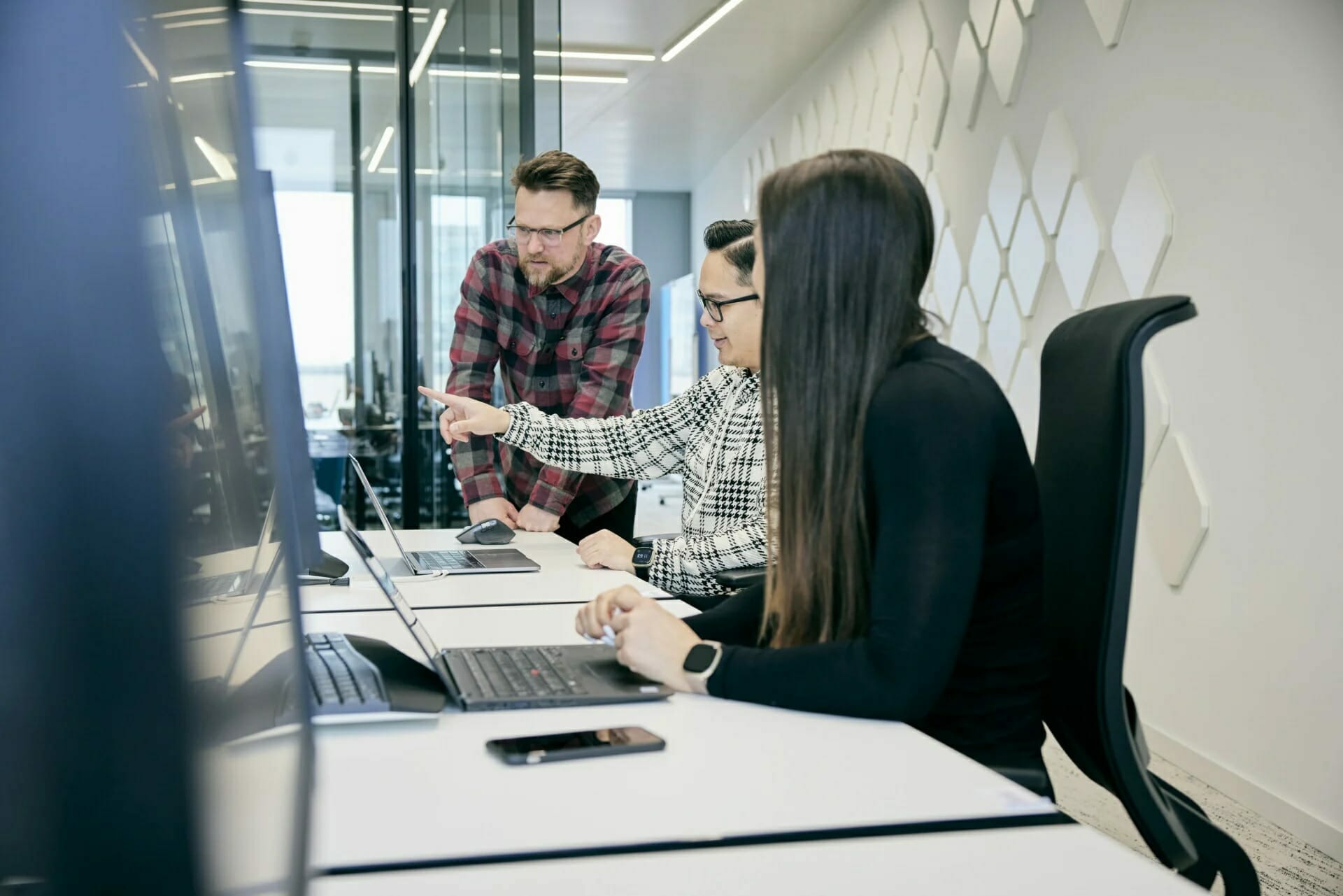 Nadia gave us heaps of practical tips and advice on how to reduce the negative impact of unconscious bias at work. Some of the stand-out tips include:

We’re very happy that our wonderful People & Culture team is already doing many of the recommended actions, such as using a bias detector in our job adverts, but Nadia’s workshop was a great reminder to everyone at the company that we don’t need to be slaves to our biases – we just need to be aware of them.

Our second workshop was hosted by Perrine Farque, TedX speaker, author, and Managing Director of Inspired Human. Perrine taught us all about allyship: what it means, why it’s important, and how we can all start to be better allies to one another. 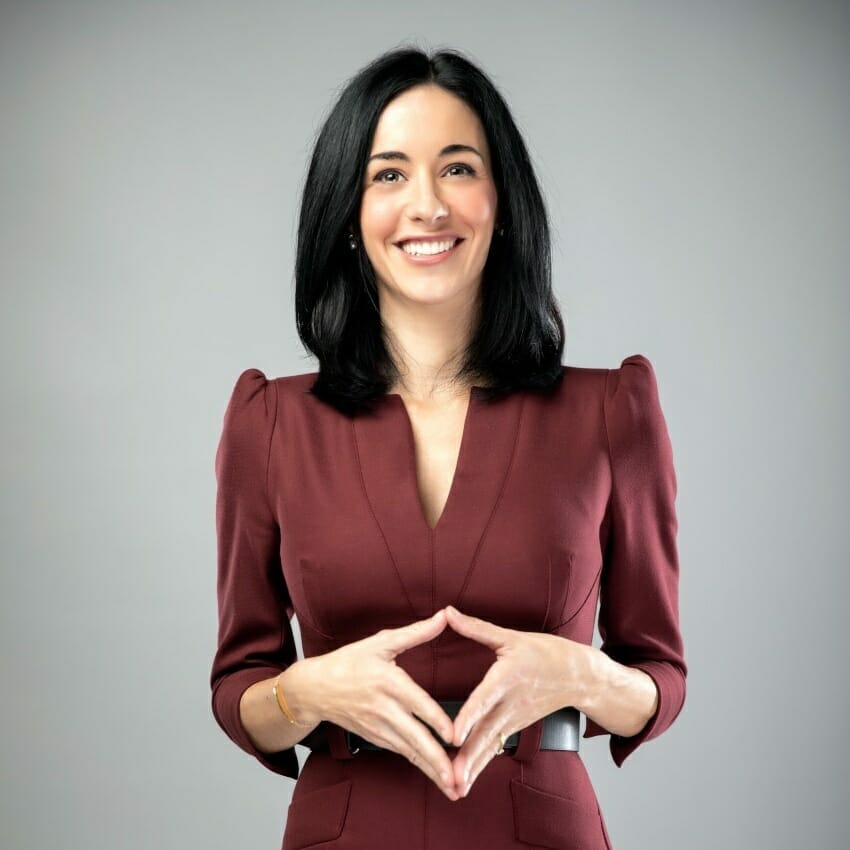 Perrine explained that companies that prioritize diversity and inclusion are :

We were happy when Perrine explained that some of the signs of a diverse workplace are happy, thriving employees, high engagement, high rate of referrals, low turnover, and a good Glassdoor rating, because Spryker already does really well in all these areas. However, just because we can celebrate that our workforce is diverse, that doesn’t mean that we don’t still have more work to do to become better allies!

Becoming a better ally is a process, and we ought to remember the following:

According to Perrine, there are seven different types of ally that you can be. Here we’ll detail three of them:

What Kind of Ally can you be? 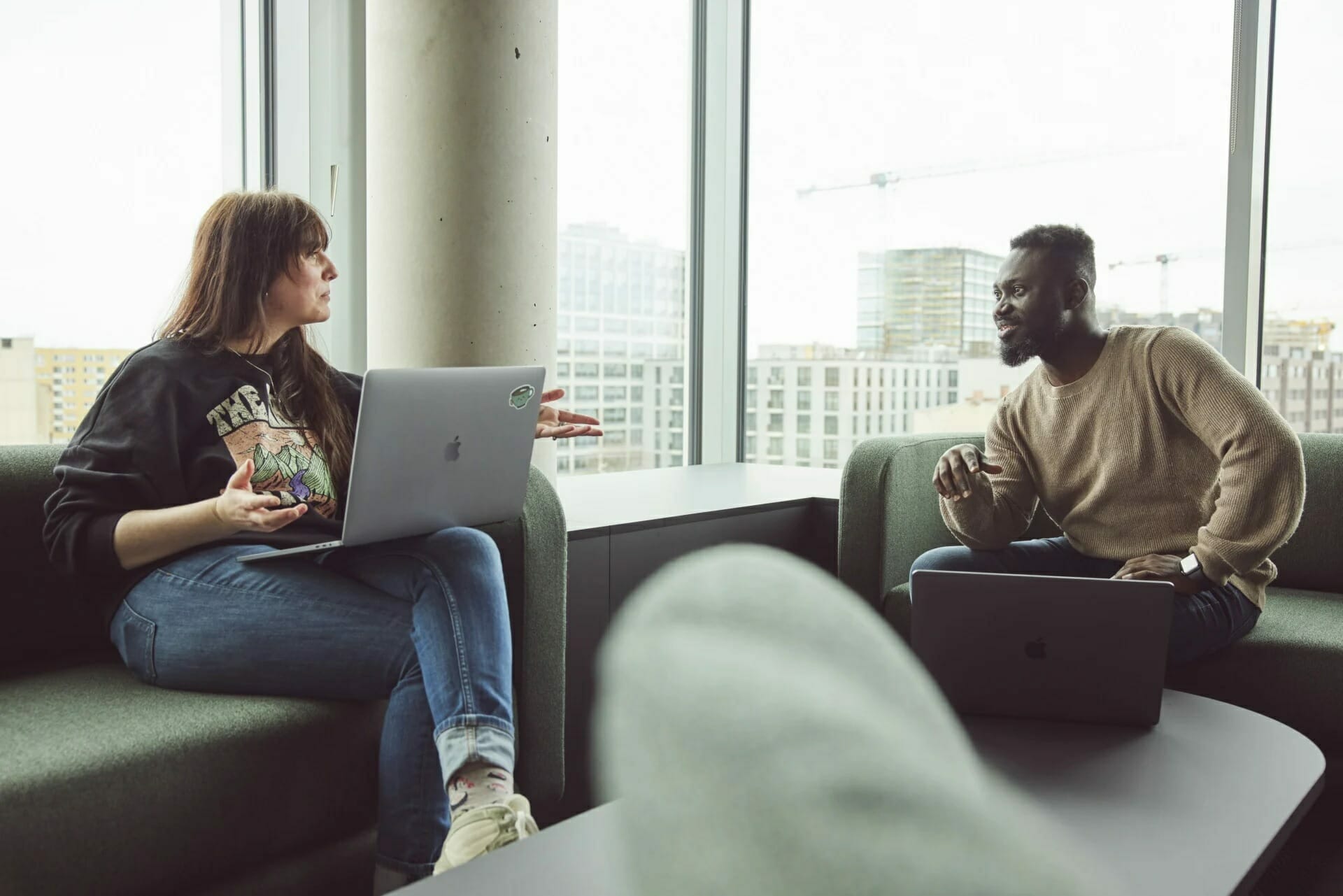 The Importance of the ‘Imperfect’ Ally

Perrine’s workshop ended with some practical advice and the concept of the ‘imperfect’ ally. If we all wait to be perfect and know exactly what to do before becoming an ally, we’ll never do it! The fact is that things are constantly evolving, and we’re almost guaranteed to get it wrong some of the time. The key is being willing to make mistakes, and not get defensive. Simply apologize sincerely when you’ve done something wrong, and show that you are open to feedback.

What the Panelists Taught us

To end the conference, we had a panel discussion with different individuals in our wider Spryker Herd, including customers and partners. Hosted by Corinne Ruckstuhl from our partner Girls in Tech Switzerland, we asked them questions about their own experience of unconscious bias (both being on the receiving and the giving end!) and allyship. The conversation was fascinating, and really helped to illustrate how everybody gets things wrong sometimes – and that’s totally okay. 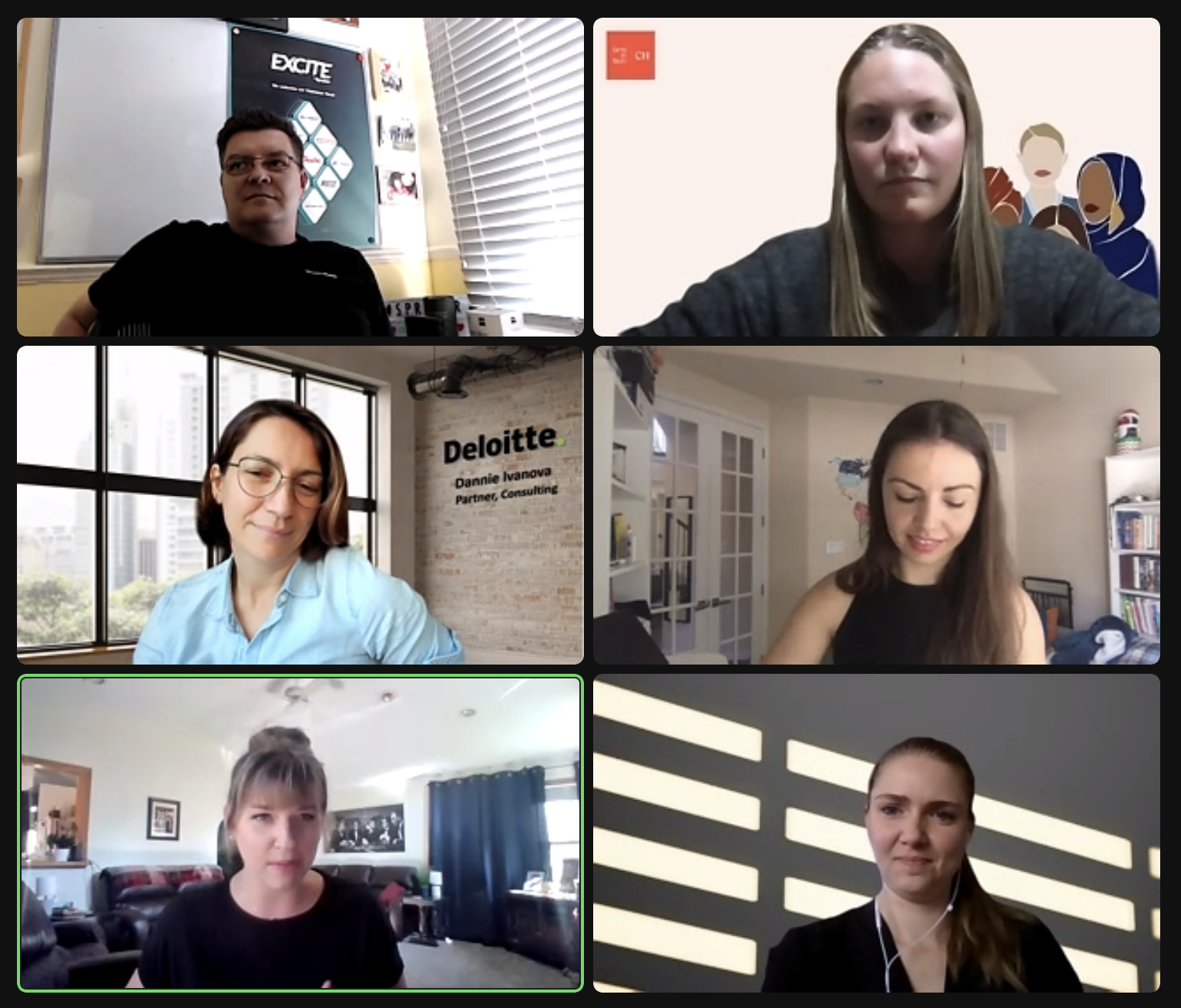 Some inspiring words our panelists

On the topic of making mistakes, Elena Leonova, VP Product at Spryker told us that: “I share stories where I did something wrong with my team to show the importance of feedback and that it’s okay to make mistakes.”, While Dannie Ivanova from Deloitte, advised: “Judge less, be more curious about yourself and the people you meet. Be more forgiving because mistakes will happen.”

On allyship, Heather Feist from Banner Engineering, had this to say about being each other’s cheerleader, rather than competitor: “Market each other. Speak up, and congratulate them – but be aware of how people accept praise – they might not want to be called out in a meeting.”

Courage was also a common theme. Florence Micol from Accenture asked: “What is holding you back? Fear? Embarrassment? Try to acknowledge when you have fear and overcome it.”, while Chris Rauch, Chief Customer Officer at Spryker implored us (especially when you are the only woman in the room) to: “Be brave! You have the right to have a voice and to be heard.”

Why did [email protected] host this event? 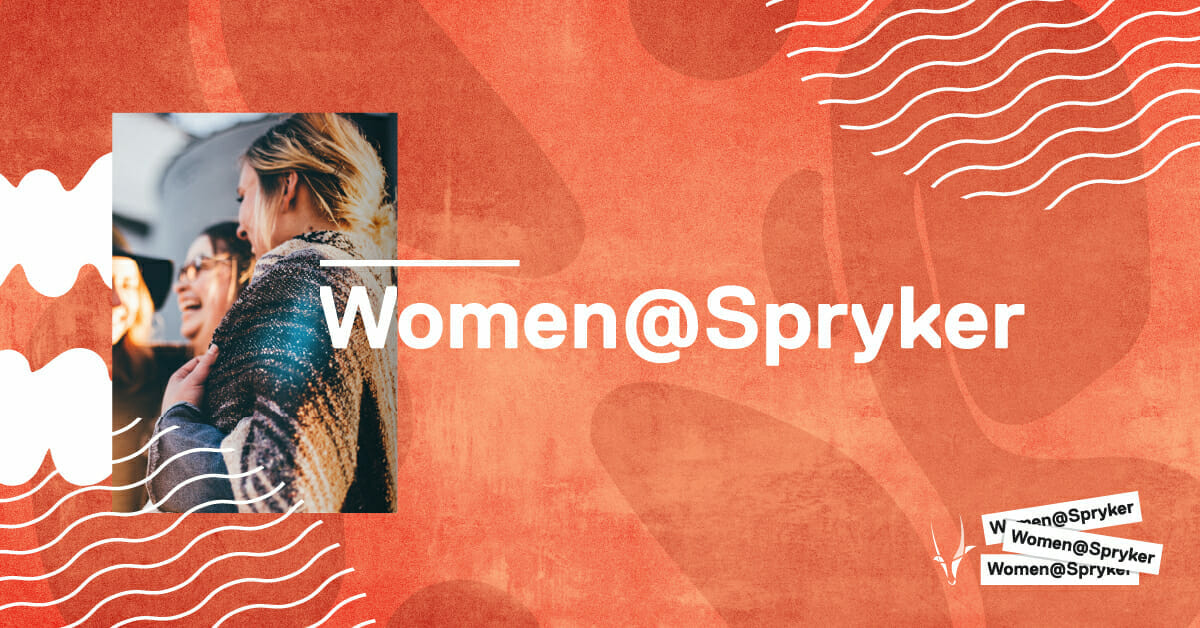 When we first created our [email protected] community, almost exactly one year ago, we decided that our core mission was visibility. That’s both visibility of the amazing women we have at the company and their incredible contributions to the business, but also visibility in the tech and e-commerce industry as a whole. What better to create some visibility of our community, and the issues that we face, than host a conference?

Unconscious bias and allyship are important for everyone to know as these topics impact us all, but there’s no denying that unconscious bias in the tech industry disproportionately affects women. By hosting this workshop, we hope that we’ve started the conversation among Spryker employees, our customers, and partners, about the wider issues related to Diversity, Equality, and Inclusion. More importantly, we hope that the key message “It’s okay to make mistakes!” will help to keep the conversation going.

Both workshop hosts reminded us that studies from McKinsey and Boston Consulting have calculated a 25-36% higher probability of profitability with diverse teams. That means companies with Diversity, Equality, and Inclusion on their radars are not only likely to have happier employees, but they’ll also succeed better as a business. It’s a no-brainer!

Want to learn more about the culture at Spryker? Check out our careers page here.