SLV by the numbers

Lighting expert SLV replatforms from Magento to Spryker to enhance the customer experience and enable technology ownership. The MVP goes live after only 4 months, impresses customers and makes SLV the owner of digital value creation, which already leads to 45 percent sales growth in the year after the relaunch.

In 1979, just 100 years after the invention of the commercial light bulb, SLV’s portfolio of sound, light and video was quite revolutionary. Today, SLV GmbH is a conglomerate that successfully distributes lighting solutions in over 100 countries and through 15 subsidiaries. In 2016, after a few setbacks, SLV rethought and expanded its service concept to a new dimension: the digital distribution channel.

Digitization as a Competitive Advantage

Europe-wide, sales in the lamps and lighting segment amounted to around 54 billion euros in 2019, but the trend in Germany is slightly downward. Negative growth of -0.4 percent is forecasted for the German market until 2023. Last but not least, marketplaces such as Amazon not only hold potential as a sales channel, but due to their power they also pose a great threat. Manufacturers and retailers have to innovate today in order to compete in the future.

For SLV, it was clear that the technical solution, in contrast to their first commerce software, should be based on individualization, low maintenance costs and technology ownership. They wanted to differentiate themselves from the competition with absolute customer focus and keep the long-term total cost of ownership low.

A Smooth Customer Journey for Different Types of Customers

Light is a highly emotional subject. Some people like it bright and fully illuminated, then again there are occasions when a little mood light can provide comfort. Think of furnishing a supermarket vs. furnishing a classy restaurant. Accordingly, the user journey and relevant product recommendations for small B2B customers, architects or wholesalers differ.
So the challenge for SLV was to provide a compelling customer experience around the right lighting choice for each customer’s needs.

Replatforming to the B2B Suite of Spryker Commerce OS was primarily associated with the following four digital objectives for SLV:

We were particularly impressed by Spryker's B2B feature set and the modular system architecture, which together enable flexible development and a strong focus on B2B customers.

SLV creates innovation through software – and with a digitally oriented corporate structure. The first step of the Spryker solution was an MVP for a new online shop. The team of SLV Digital now comprises 15 people and realized the relaunch project within only 4 months. Since then the shop has been continuously optimized through the profound digitalization and the modular architecture of Spryker Commerce OS. And SLV, as the owner of technology and processes, is always in the driver’s seat of developments and can identify, define and implement digital projects itself.

Technical light or emotional light, controllable or static. All these aspects are easily selectable for SLV customers via an optimised UX in the shop. Yet the scope of the company is complex. SLV sells more than 7,000 products online, which have up to 500 attributes, and thus have a complex product logic and hierarchy among each other. At the same time, the lighting expert serves 15 shops in 11 different markets and national languages. All shops are connected via the Spryker Multi-Store functionality.

Due to the solid backend of the headless Spryker Commerce OS all shop front-ends as well as external systems like Akeneo’s PIM or a SAP integration for orders can be combined in one system. The B2B Suite equips SLV with the specific B2B features the company needs for personalized customer management.

We are now in a position to understand and implement digital value creation in a completely different way.

SLV has succeeded in being the owner of a high-performance commerce technology with a convincing customer experience. Since the relaunch on Spryker, the number of visitors has doubled and all UX parameters have been significantly improved. An average session duration of well over 5 minutes, more than 10 pages per visit and a bounce rate of less than 30 percent are a clear expression of customer satisfaction.
But even more important for SLV is the fact that the digital maturity level of the organization has increased significantly. The lighting expert can now independently operate digital value creation and has thus achieved a sales growth of 45 percent in 2020. Thanks to Spryker’s modularity, the system’s maintenance requirements have nevertheless been greatly reduced, leaving more resources available for further development. The success story of SLV’s digital team is still at its beginning.

We had high expectations and one year after the relaunch we can say that we are ahead of plan on all the targets we set ourselves.

The Spryker Platinum Partner best it was significantly involved in the successful implementation of the MVP.

“The digital B2B platform for SLV could be rolled out in a record time of 4 months. The focus of the developments was above all the connection to the surrounding systems such as SAP and Akeneo. best it once again demonstrated its understanding of highly complex B2B processes and its ability to realize a comprehensive user experience. 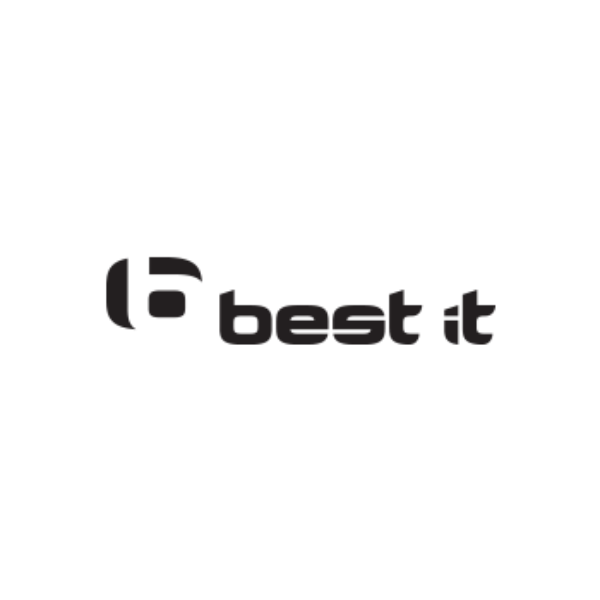 Due to the solid backend of the headless Spryker Commerce OS all shop front-ends as well as external systems like Akeneo’s PIM or SAP connection for orders can be combined in one system. The B2B Suite equips SLV with the specific B2B features the company needs for personalized customer management.