Mike Lowndes, Senior Analyst at Gartner usually says “Desktop is dead, but Browser is King.” What usually works as a good joke between industry veterans tells a sad truth about the industry’s lack of ability to adapt fast enough. 95% of all CX tools, commerce software, strategies and best practices were born in a desktop first environment. The goal of all the solutions developed before 2010 was usually to create a desktop experience. Even the solutions that tried to advance the modern world of Digital Experience Platforms (DXP) failed to address the real needs of new commerce. But what does desktop first actually mean?

Before the iphone was invented everything digital was focused on the desktop. But within the last ten years, the usage of desktop, especially for commerce and content, sharply declined and moved to mobile. From less than 1% in 2010, the share of ecommerce on mobile devices reached 59% in 2017, and will increase further to over 70% in 2021 (Statista, 2020). The inflection point has passed. Desktop is the new brick and mortar.

The main challenge in the desktop world was a smooth-running setup that worked in Internet Explorer and Firefox. Personalization, recommendation and payment were all optimized for the desktop device. And to be honest, most of the ideas we have dreamed about never worked. Personalization in almost every desktop environment is still a joke. Not even simple use cases like “my size only” or “my brands only” have worked well on a broader basis. Even worse was the whole recommendation topic. Most recommendation banners in ecommerce environments are still only filled with top-selling products per category even with more sophisticated cases.

This all changed with the iphone and the ensuing mobile revolution which is giving us new devices and concepts almost on a monthly basis. When personalization breakthroughs were achieved in mobile-only environments, again ecommerce 1.0 retailers fell short. It was the big social/messaging companies like Facebook (whatsapp), Tencent (wechat) and others that offered solutions for the mobile world. We have learned that recommendation works best with limited assortments. Not even Amazon and Walmart are able to present an adequate personalized experience on the desktop, nor in their apps.

What’s even more important is the new understanding of CX. It is not about the content or the products anymore, it’s how the whole process of selling and buying is now changed into a customer-first approach. It does not matter what we sell anymore, but how we sell. For example, Amazon does not fear the Walmart ecommerce initiatives but it has tremendous respect for Instagram’s commerce experiments.

We (mostly ecommerce veterans) always laughed about the half-baked (multichannel) ecommerce approaches of Sears, Walmart and many others. They never seemed to understand ecommerce 1.0. And now we observe the exact same problem with migrating from ecommerce 1.0 concepts and into the world of selling via messenger commerce, or through AI enabled devices. Which brings me to the conclusion, that “desktop first” advocates are now in the same situation where their brick and mortar friends were ten years ago.

The sheer feature storm I see at some DXP providers and the heavy investments of legacy commerce providers to decouple frontend and backend is just not good enough anymore. Experience-led commerce, as we define it at Spryker starts with the question: How can we adapt faster? How can we stay interface agnostic? How can we avoid becoming the next brick and mortar?

And yes, Desktop will remain relevant for tons of use cases, especially in B2B. And yes, Amazon will still make billions with its desktop interface. And yes, even personalization will get better on desktops over time….

However those were the exact arguments of the brick and mortar executives that prevented innovative investments–and unfortunately carried them into a situation where good is just not good enough anymore. Just take this screenshot from one of the leading ecommerce companies in Europe – Zalando. More than 70% of the viewable screen is used for filters and navigation–which is just not useful in a mobile world! In the end, the burger menu won’t do the trick. 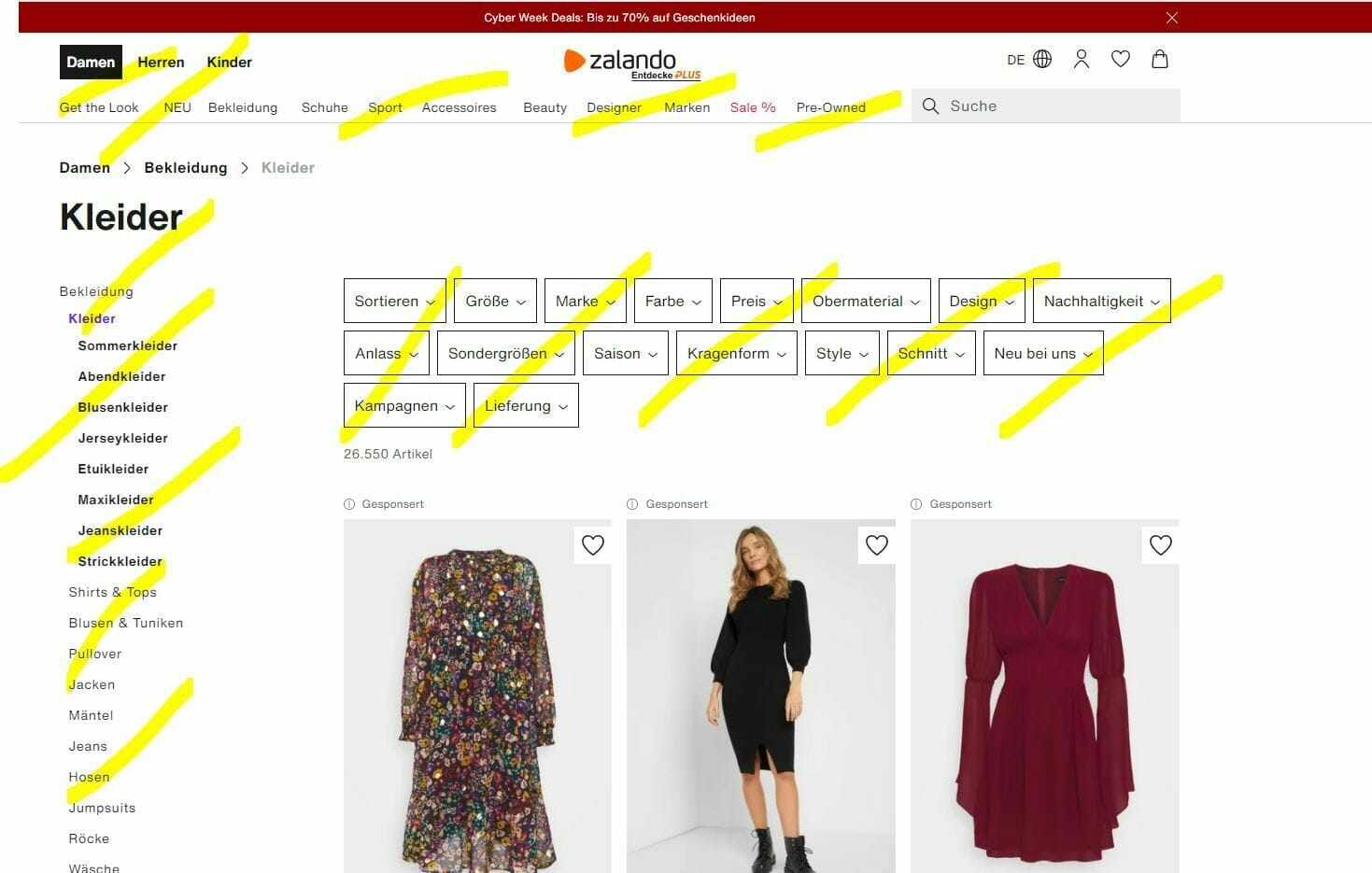