Featuritis is a serious disease. It’s not a direct danger to humans, but can threaten business survival and has been known to be contagious to software systems and associated projects. It appears whenever stakeholders of an IT project focus on feature lists entirely, trying to assess project complexity upfront. The pattern usually reads as follows: I am in need of a certain functionality that a certain system is offering out of the box. That’s what will save me a lot of time and money.

Here are a couple of consequences:

Alternatively, project stakeholders could invest some time and define all requirements in detail. Then they would compare them with the actual functionalities offered by a software platform. However, this approach takes a lot of time- and we all know that time is money. I have observed a couple of cases that did combine all requirements of all stakeholders, and took longer than a year. The gathered information was not exactly valuable in any way. In the end, this strategy would end up taking us back to the good old times of the waterfall model, which I guess we can all agree weren’t that good after all. In 2018, the naysayers of agile methodology have become rather silent voices.

In practice, lots of features are no guarantee for valuable project outcomes. I experienced an especially insightful case last week: Even though the Enterprise Edition of a very well-known ecommerce platform brings roundabout 100 modules out of the box, the customer had developed more than 120 project-specific modules over time. Unfortunately, we couldn‘t determine how many official modules were actually used- which had not been possible anyways since the modules were not built to function independent from each other. But one thing became quite obvious: A lot of out-of-the-box features do not reduce the need for differentiation.

Has Spryker become infected with Featuritis?

In some ways, yes. We have to admit that one or two features have to be provided out of the box. Customers simply don‘t want to reinvent the wheel completely. What is needed is to strike a meaningful balance.

So, how does Spryker help me finding peace of mind? 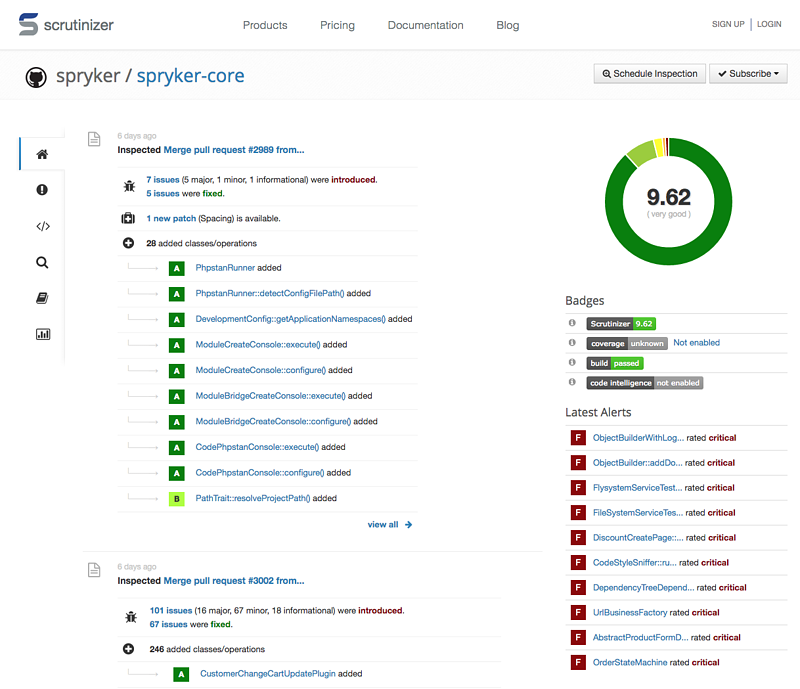 Does that mean Spryker is my cure for Featuritis?!

For the stated reasons, Spryker can be understood as the agile alternative to existing platforms and rigid feature lists. It was intended to be adaptable to project-specific demands and meet the technical and organizational requirements to do so. Additionally, it allows to experiment with different feature variations to find out what works best for your business. This way you can learn by trial & error and find the best possible feature set for your customers.